Who Were The Menehune? –A Hawaiian Legend 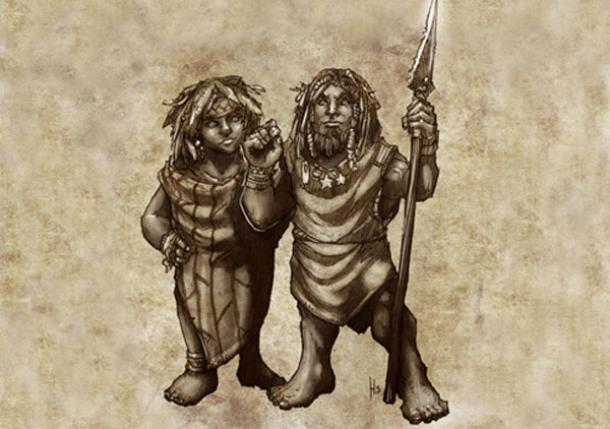 Hawaiian culture is filled with unique traditions, language, and folklore that have been passed down for generations. One interesting Hawaiian legend is the tale of the Menehune, a dwarf-like race that were believed to have possessed special powers. In fact, the 1820 census from the island of Kauai listed 65 people as Menehune. The question is, did the Menehune actually exist or were they the stuff made of legend?

It has been said that the Menehune people were small in stature, with most growing only two feet tall and some as little as six inches. They were known to be strong workers and excellent craftsman despite their shortcomings. These legendary people lived in the lush forests and deep valleys of the Hawaiian Islands, keeping out of sight and living simple lives filled with dancing, singing, and archery. What they were best known for however, were their extraordinary feats of engineering and construction, believed to have been accomplished overnight. Only working under the cover of darkness, if the Menehune were ever seen, their work would come to an immediate halt.

As Hawaiian legend has it, the Menehune worked the graveyard shift to build temples, fishponds, roads, canoes, and houses. A few can still be seen today including the Kikiaola on Kauai, known as the Menehune Ditch. The irrigation ditch was made out of stacked lava stones that filtered water from the Waimea River to the taro fields.

Another famous construction is the Alekoko Fishpond, also on Kauai. It is estimated that it is around 1,000 years old and has an interesting story to go with it.  For this project, they are said to have lined up forming a double row that stretched 25 miles long. Throughout the night, stones were passed hand-to-hand. 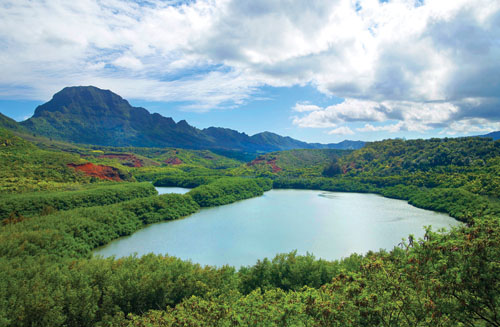 The Alekoko Fishpond was being built for a princess and her brother who were both curious about the small but mighty Menehune. One night, the siblings could no longer resist the temptation to spy on the workers so they snuck out and watched from the mountains above. But as soon as morning came, they were discovered by the Menehune who used their powers to turn them into stone pillars. Because their work was interrupted, two gaps were left in the fishpond wall. Today, those gaps have been filled in but the pillars still stand in the mountains above.

Though these stories are legendary, there might be some truth to them after all. The theory is that prior to the Polynesians, settlers from the Marquesas Islands arrived in Hawaii, which were later followed by the Tahitians. The Menehune were already inhabiting the islands when the new settlers from Tahiti came in and began oppressing them, labeling them as Manahune, or ‘commoner’ in the Tahitian language. They were ultimately forced to flee to the mountains and valleys where they could remain hidden.

Due to their oppression, the Menehune were seen as having low social status, which possibly contributed to their later description as being small. In addition, it is also believed that some structures were built in a single day but not by the hands of the Menehune.  Local Ali’i, or chiefs, would demand every single one of their subjects gather together to construct projects such as the fishpond.