Want to Expand Your Mobile Franchise? Test the Market! 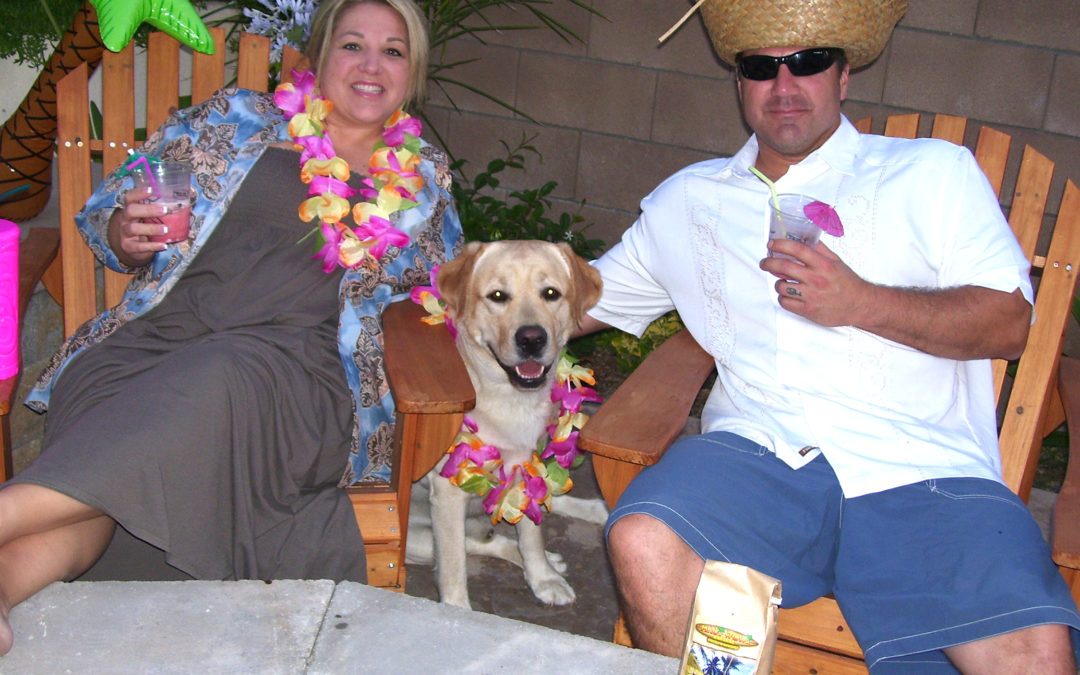 Not every married couple wants to work together, but when it works, it works well. Take John and Shannon Portugal, for instance. They met at the Air Force Academy in Colorado, while each serving eight years as airmen. Now the couple operates Maui Wowi Ka’anapali Carts in the Southern California, Arizona and Nevada markets.

July 2018 will be the couple’s five-year franchise anniversary, and they’re expanding their operations to include a second standard agreement that will double their three operating units to six.

Why did you choose Maui Wowi? Were you looking for a franchise that was veteran-friendly?

Shannon: We had talked for years about doing our own business. But we didn’t know what we wanted to do, so we looked on different web sites that list franchises for a certain amount of money and different categories. Initially, I was not looking for a veteran-friendly franchise because I didn’t know that was a thing. Then I found Maui Wowi, and that was just another reason that made me like it even more.

John: Once we realized that they gave the discount for veterans, and they were willing to work with us a lot more, that made the decision easier. We looked at some other franchises, but there wasn’t quite the same incentive as with Maui Wowi. You can be your own boss, and saving money with the military discount for the franchise agreement was just the icing on the cake for us.

How has your franchise experience been to date? How has it changed over the years?

John: As our business has grown, so have we. We don’t do as many of the small events we did when we first started out. Now that we’ve been in it for a while, we’re more established. We have bigger contracts, bigger venues, bigger events that we focus on because that’s really where you are able to make the most money and reach the most people.

As we speak, we’re going in two different directions. I’m going out to LA for an event, and Shannon’s on her way to an event in Arizona. We’re getting into major sports arenas now, whereas four years ago we wouldn’t have the first clue how to get there. It’s changed a lot.

Has Maui Wowi helped you with training and support to advance your business?

John: Some of the bigger events that we’re getting now come from the work we’ve done over the last few years. People have seen us at this lacrosse tournament or this event, and they want us to go to theirs because they know what we bring to an event. It’s grown that way, and we’re getting the word out.

Shannon: The brand team has done a lot of negotiating to help us get into some of the bigger venues.

So, Maui Wowi provided some brand help, and you’ve had organic growth as well.

Shannon: They’ve been really good with marketing and getting TV stations to come and do interviews and things like that.

John: TV spots, ad campaigns, all that good stuff; we’ve started doing a lot of that over the last two years. People see that, and we’re not only helping other Maui Wowi franchisees, it helps our overall reputation as well.

Would you recommend this opportunity to other veterans?

John: Veterans get used to working as a team in the military, but we also learn to be very independent, to work for ourselves and strive for more. People come out of the military looking for a career path and something that you can do on a pretty decent budget. You don’t have to have a million dollars to start this business, and most military people don’t when they first get out. This gives you the opportunity to start small and build it into whatever you want to build it into. I think most veterans would be drawn to that.

Tell us about your expansion plans. You mentioned you were working on a 2nd franchise agreement. How’s that going?

John: The expansion is something we’ve always been into. The more mobile carts you have the better you’re going to do. We’ve always know that, but now we’ve gotten to the point where we feel comfortable having more operating units and us not necessarily having to be at an event for it to run smoothly. We’ve trained all of our employees, and we feel like we’re ready to take that next step.

Did Maui Wowi help you train your employees?

Shannon: Maui Wowi has not trained our employees, but they trained us. They made sure we are able to train our own employees. I like it because Maui Wowi gave us all the information and tools we needed, and then they let us run our business on our own. Each event is different. You have to tweak things per venue.

John: That’s the cool thing about this business. There’s a standard way you’re supposed to do things. For instance, the founder comes and trains you on how to make a proper smoothie. Then it’s up to each franchisee to show their employees that standard way of doing things. That goes with everything we do, the way we set up, the way we make a smoothie, it’s up to us to train up to the Maui Wowi standard, and to do it in the most efficient way possible. When you’re dealing with a line of 20 or 30 people who are waiting for a drink, you have to make sure at that point everything’s already been taught. We’ve had some employees who’ve been with us for all five years. They know what to expect. The newer ones who come in get it pretty quick.

Are there any other words of wisdom you could share with potential franchisees?

John: I tell other franchisees, find out what works for them. Try as many events as you can to start off, and see where your niche is. A lot of people come into this thinking, I’m going to get into Coachella or these huge events. They don’t understand the financials behind it and what it takes. You can’t show up to an event that’s got a 100,000 people, and it’s your first event. You’ll fail, and it will look bad on the brand. You have to work up to that. Take baby steps. Find out what works for you, and focus on that.

Shannon: I’d say, do a lot of research. When you’re shopping for a franchise, there’s a lot that you need to research to make sure you understand what you’re getting into. Maui Wowi does a good job of letting you speak to a lot of franchisees before you commit to anything.

If you’re impressed by what you’ve read here, you’ll also be interested to know that veterans receive 20% off of the initial Maui Wowi franchise fee. Please click here to request more information about our franchise opportunities for veterans.

©2018 Kahala Franchising, L.L.C. All rights reserved. All other trademarks referenced are property of their respective owners. The information provided herein is for informational purposes only and is not intended as an offer to sell, or the solicitation of an offer to buy, a franchise; nor is it directed to the residents of any particular jurisdiction within the U.S. or elsewhere. The following states currently regulate the offer and sale of franchises: CA, HI, IL, IN, MD, MI, MN, NY, ND, RI, SD, VA, WA, and WI. If you are a resident of one of these states, or of a jurisdiction that has similar requirements, we will not offer you a franchise until we have completed the applicable registration or obtained the exemption from registration, and completed the applicable disclosure requirements. Regardless of what state you reside in, an offering can only be made by a franchise disclosure document.