A Coffee Franchise is the Ideal Second Career for Retired Veterans 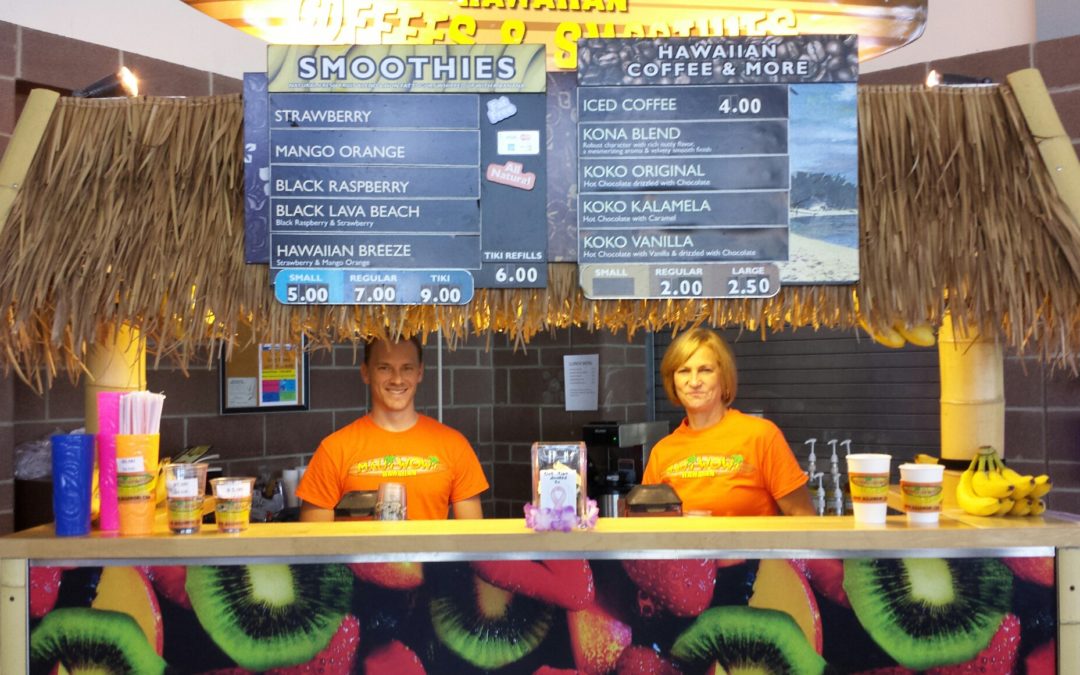 Larry Gerber will celebrate his four-year anniversary as a Maui Wowi franchisee in June. Formerly an engineer, Larry enjoyed a fulfilling career that included 23 years of active duty and seven years of civil service in the U.S. Air Force. He worked in electronic warfare for the National Air and Space Intelligence Center in Dayton, Ohio at Wright Patterson Air Force base.

When he retired, he considered opening up a coffee shop, but a fortuitous call from a franchise consultant introduced him to an alternative, a coffee franchise with Maui Wowi. “I have one franchise agreement that allows me to own three units, the standard package. My initial intention was just to use one of the mobile carts, but that has since expanded to two mobile carts and the catering unit, and I’m loving it.”

Why did you choose Maui Wowi?

I love the Air Force, but I was looking to do something completely different. I was looking around, and a franchise consultant happened to call me and asked if he could help. I’ve always been interested in a coffee shop, but I knew nothing about business. The franchise consultant mentioned Maui Wowi, and asked if I had ever heard of that. I said, ‘no.’ He said, ‘Well, they’re based right there in Denver. They do coffee and smoothies.’ I said, ‘Wow, those are my two favorite beverages. We’re off to a good start.’ From there, we made contact with Maui Wowi. They investigated us and we investigated them, so we could be sure it would be a good fit from both perspectives. Things progressed, and we decided in June of 2014 to take the plunge.

Tell us about your experience operating a smoothie and coffee franchise with Maui Wowi.

It was a whole different world for me as far as learning the business side of it, but I wanted to develop that side of my personality. I’m more of an introvert by design, and I wanted to be more involved in the community. This worked out so well. The main thing that convinced me was talking with Jill Summerhays, founder of Maui Wowi. She asked me what my goals were. I said, ‘Well, being retired, I want some freedom and flexibility.’

I was initially looking at a brick and mortar store, and she said, ‘I’ve gotta tell you, Larry, brick and mortar is six or seven days a week, long 14 or 15 hour days. That doesn’t sound like it lines up with your goals.’ And I said, ‘You’re right.’ She asked, ‘Have you ever thought about mobile vendor carts?’ And I said, ‘Oh no. That’s not me.’ She said, ‘Let’s talk about it a little bit, keep an open mind, and just take a look.’ I said, ‘That’s fair.’ So, we did.

It’s a smaller investment, and it gives you freedom and flexibility because you set your own schedule. I was like wow; it does sound like it has a lot of merit. I chatted with my wife, and the light bulb came on. We decided to go ahead and do it, and we’re so happy that we did. 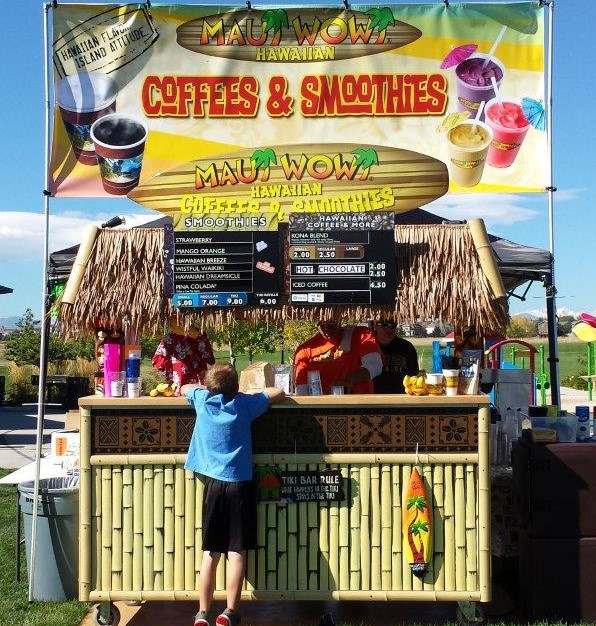 You said you’re an introvert, that you had reservations before you ultimately came to like the mobile coffee franchise option. What has that been like?

It’s basically contacting people and trying to line up events. There’s some phone calls, a lot of emails and a lot of texting. People are busy, so I found they don’t like to or won’t answer phone calls, per se. Texting and emailing work quite well. You just put it out there.

We’ve done fundraisers where we give back a percentage of our sales to whomever is hosting us. It’s a win-win for everybody. We joined a chamber of commerce from our home town at the time in Erie, Colorado. That helped us to get some exposure in the community. The other thing was just looking on the internet; my niche is sporting events. I do hockey games, wrestling tournaments, that type of thing. When you do events, you talk to other vendors to see what they’ve got coming up next week or next month to see if that sounds like a good event for you as well. It’s mainly just getting out and networking with other people. People will try to hook you up, or suggest events that could be interesting.

Has your experience in the Air Force affected your ability to handle your franchise business?

Definitely. It didn’t do much for the actual business side of profit and loss type things, but it definitely did for planning and coordinating things. Mentors I had throughout the Air Force helped to prepare me for what I do now. The biggest thing is planning. You’ve got to plan ahead anywhere from a week to six months. People start planning events six months in advance, and you have to jump on those early. Others might only be a couple of weeks in advance, and you try to work those in as well.

There’s a lot of coordinating and networking with event coordinators and a fair amount of organizing as well. You’ve got a lot of inventory to keep track of, then the profit and loss thing to stay on top of after each event. The engineering side is analyzing the profit and loss sheet, seeing what events should I continue to pursue, what events should I replace, and is there a better, more efficient way of doing business?

Would you recommend a Maui Wowi coffee franchise opportunity to other veterans or people who are looking for a business?

Definitely. It depends on their goals. Some might want to get right back into a 40, 50 or 60-hour week and stay super busy. I did not. The vast percentage of veterans are looking for something to transition into from the military. Sometimes people lock right into another job, a lot of times people want to do something a little different, and this is certainly that. It’s your own business, so you can make it what you want. You’re as busy as you want to be. Part of the challenge is being able to say no. You want to please everyone and support all of the events, but sometimes you just have to say, sorry. I’m booked up.

You said that your engineering and Air Force background contributed to your ability to run your business. How did support and training from Maui Wowi factor into your success?

That was key. It was probably the other side of the coin. They give you tools, and the training was obviously good. But the mentoring I received from two fellow franchisees here in Denver, just to answer all of the little questions I had, was critical, and it still continues today. The ‘ohana (family) that we have, and the fact that we don’t step on each other’s toes with events that they’ve already worked or that are protected; that’s extremely valuable.

Did you ask to speak to other franchisees? Or did the company offer them as a resource?

Both. Early in the process they give you a list of franchisees, and you are welcome to call as many as you want to chat about their experience. I called 10-12 and got some extremely valuable information. Then, once we committed and went through the training, we met other people that we could talk to. The staff was very helpful. They provide insight as the franchisor, and the fellow franchisees who are out in the field have a little different perspective. It was good to get both perspectives on little things that pop up once you start getting your feet wet.

What would you say to someone evaluating a Maui Wowi coffee franchise opportunity?

Clearly define what your goals are. That’s always a critical thing in life: What do you really want? Be clear on what you want, what you’re willing to sacrifice to get that, and what Maui Wowi has to offer. I would not have wanted to run a coffee shop 365 days a year, 15 hours a day. If I had gotten into that I would not have been nearly as happy as I am now with the freedom and flexibility to set my own schedule with a mobile business. I work events and meet people in the community. It’s been right up my alley, and I really, really enjoy it.