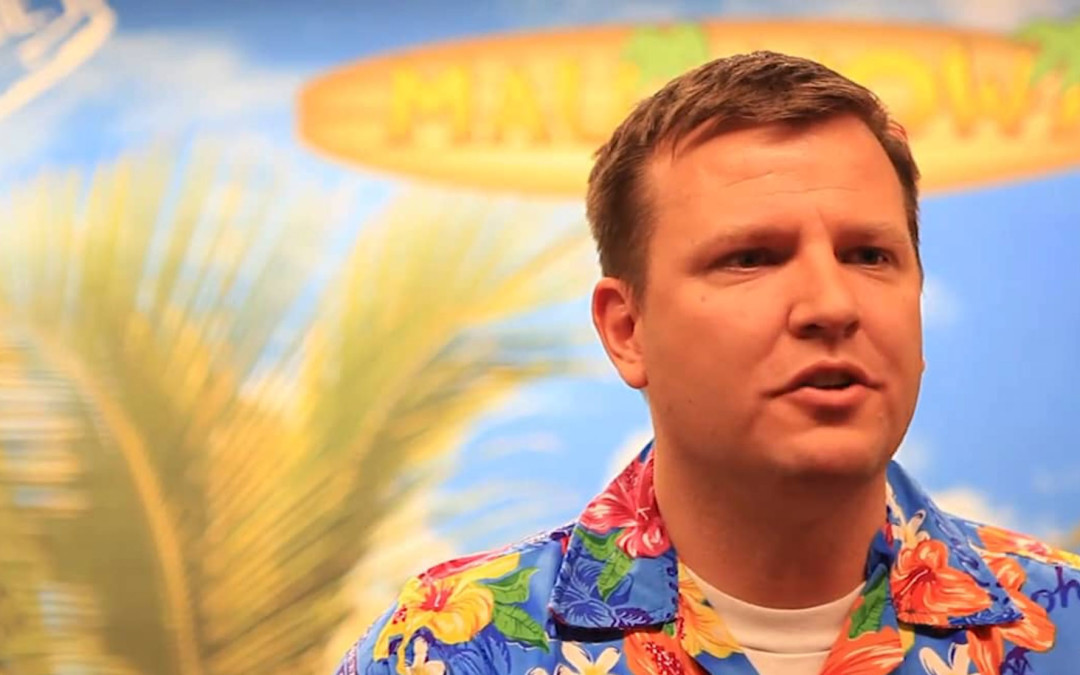 Two years in the making…and persistence has paid off! Franchisee Ross Harried has just landed a contract at the Target Center in Downtown Minneapolis, Home of the NBA Minnesota Timberwolves, concerts, and other great events!

After becoming a franchisee in January of 2013, Ross has been diligently working to place his mobile Ka’anapali Carts in some of Minnesota’s premier events and venues. With his current contract at the Minneapolis Convention Center, the addition of Target Center will keep his carts busy all year long.

To get into the Target Center, Ross had to wait patiently and maintain a relationship with the venue. At the time he first reached out to them, there wasn’t availability for another smoothie vendor. Ross kept in contact with the people at Target Center over the years and when the time was right, they asked him to come in and serve visitors on a regular basis.

Since getting in a few weeks ago, Ross says he has seen tremendous business and is building a great customer following at the venue. There is also the potential to increase the number of carts at the location.

“Everything is happening quicker than expected,” said Ross. “We doubled our sales after just three events.”

It wasn’t just Ross’s persistence and professionalism that got him where he is, it was the overall reputation of Maui Wowi throughout the Great Lakes Region and beyond.

Franchisee and Director of Regional Support, Mary Bigler, has been serving up the Aloha Spirit for more than 12 years and has wowed customers and concessionaires at the Xcel Energy Center, TCF Bank Stadium, Mariucci Arena, and many more. With her support and a great ‘ohana, the brand continues to grow and take advantage of new opportunities.

“Ross has been a franchisee for just over two years and he has taken what Maui Wowi has built in Minnesota over the past 14 years and helped it explode,” said Mary.