Maui Wowi’s Franchise Opportunity Began with a Love of Sun, Sand and Smoothies

Entrepreneurs often start their journey by identifying a need in the market. There’s something – whether it’s a product or a service – they want but can’t find, a hole they see that needs to be filled. So, they set themselves a goal to fill it, to provide that product or service because they believe other people will want it as well.

Jill Summerhays, founder of Maui Wowi is no different. She grew up drinking smoothies, but when she went off to college her options were limited. Making her own not only satisfied her personal craving, it launched a mobile business that enabled her to enjoy a considerable amount of freedom while promoting healthy drinks at events. Later, she was able to share that business opportunity – and that freedom – with others.

This is her story.

What was your vision for Maui Wowi? How did you bring the Aloha spirit to the mainland and to your franchise opportunity? 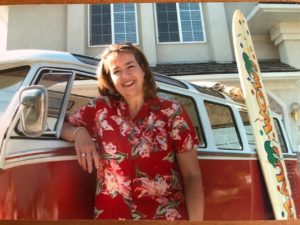 That’s an easy one. I grew up near the beach in Southern California in the 60s. I watched a lot of Gilligan’s Island, and I listened to the Beach Boys, so it was just part of me. My mom was a health food fanatic, so I had early exposure to smoothies, but we could only get them at a certain health food store by the beach because no one had blenders back then.

When I went away to college in the late 70s, I was still health conscious, but there weren’t any drink options besides milkshakes. There were three flavors, vanilla, chocolate and strawberry and only a few kinds of soda. You could only buy a cup of coffee at a truck stop. It’s really weird to think about that considering how many choices that we have now.

I was craving something healthier, and I decided to work on my own concoctions with fresh fruit and a yogurt base. But the only kind of yogurt available was that sour white stuff that you grew yourself in your kitchen window. That was our secret. We couldn’t tell people that our smoothies had yogurt in them because they had negative reactions to that. But everything has evolved, and yogurt doesn’t have the bad connotation anymore.

That’s how it started. I knew we needed a theme, so I thought about things that gave me immense pleasure, and that was dreaming of an exotic vacation in Hawaii. It turns out that was everybody’s fantasy, and in the 80s, a Hawaiian vacation was about as good as it got. It still is, though we’re a little more exotic now. But we developed a theme, and it worked.

We heard everyone’s dream of Hawaiian vacations, and we thought, wow! We really want them to think of this as a mini vacation in a cup. So, in the very first event we used little paper parasols in the smoothies. That became our trademark. It was really risky for us because we had to charge over a dollar for a drink, and blender drinks were unheard of.

We started the sampling concept, and people would come up and take a sample and walk away because they didn’t know what to think. Then a few minutes later they’d turn around and come back. We built our business that way, one customer at a time because no one had anything to compare it to. It helped that I believe in the aloha spirit. I was married on Maui, and I travel there as often as I can. I really like the jungle climate, everything about the islands, and everybody else does too.

Where was this event, and when did it take place?

It was in 1983 at the Utah State Fair. We didn’t know what we were doing. I was 20-something years old, and we used a little shed made of plywood and made it look like a Hawaiian shack. We had tiki lights, and all of our smoothies had Hawaiian names. It was really fun. We wore really bright bold Hawaiian shirts to draw attention to ourselves because we were such oddballs.

How is that culture and spirit beneficial to a potential franchisee?

I have discovered that the Hawaiian look and feel, the aloha spirit is as important as the product. We built our business one person at a time by having really good customer service. People aren’t just buying a smoothie or a cup of coffee. They’re buying the feeling, the magic, the stories in their heads that are triggered seeing us whip up smoothies with an umbrella out of a tiki style cart with our funky shirts on.

That feeling is really, really important to carry out. We’ve done a pretty good job of doing that over the years. We’re more refined now, thank goodness. But franchisees have to be able to understand the culture so that they can communicate it. If they can’t communicate the culture, they’re not a good fit for the franchise system because it is as important as the drinks.

Did you anticipate that your franchise business would grow the way it has? 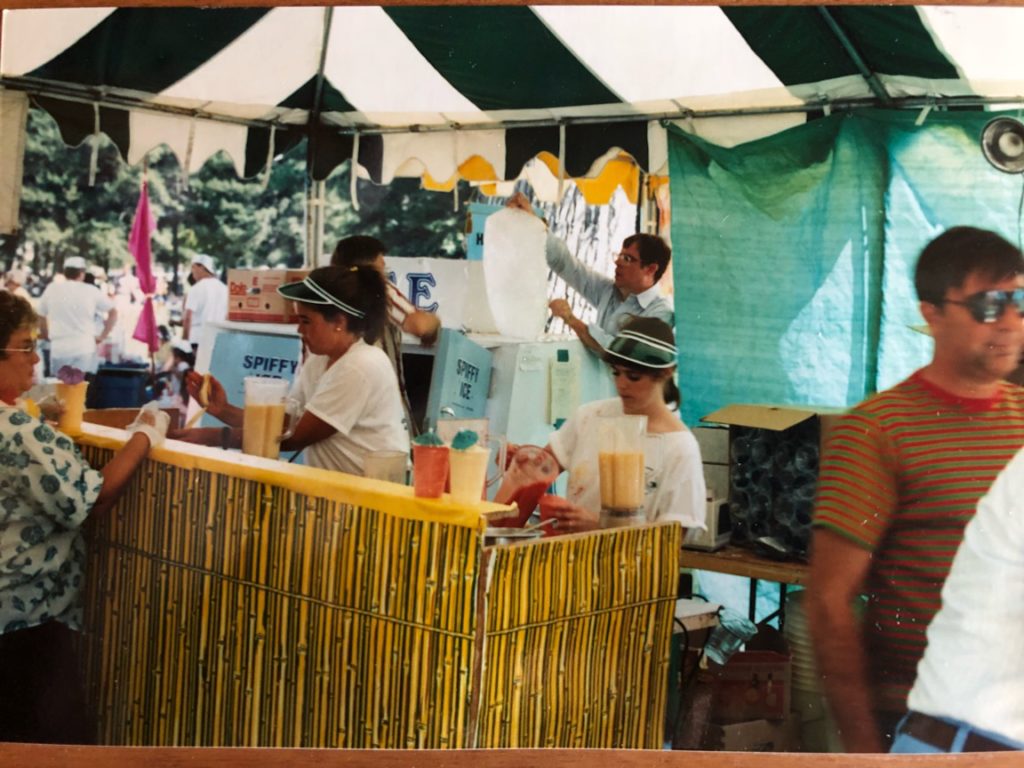 Absolutely not. There is no way I could have anticipated this. No way. All we knew was that it worked for us. My husband and I liked to ski so we thought we’d work all summer long and ski all winter, and that plan worked for a couple of years. Then it became a year-round business because we started operating the business inside venues.

People started to come up to us at the cart or shed and say, ‘I’d like to do this business too. How do I get into it?’ I thought, if we don’t franchise we’re going to have a lot of copy cats pop up, so we started working with a franchise attorney. We thought we would sell to retirees and college students because the intention was to get your cart, get a trailer, hit the road and do events across the country. But there were enough events in everybody’s local area that nobody had to travel that much.

We started selling franchises to people with great careers who were sick of them. They wanted to do something really different. I remember the day we sold our first franchise. I just sat down and cried because I felt like I’d sold off my firstborn child. It was like, please take care of this because we’ve put a lot of love into this business. Overtime it became really rewarding to see other people prosper, have time with their family, no longer have these long commutes and have those really great experiences that come from owning your own business.

How has Maui Wowi’s growth and success changed the business and improved the franchise investment offering?

The smoothies have not changed. We’ve added new flavors. Our look has matured. It’s become more defined and recognizable. After being acquired by Kahala we evolved through access to the many resources under the Kahala umbrella, such as a marketing team, purchasing and supply resources, a legal team. Just about anything that Maui Wowi would need is all under that umbrella, and things are stream lined. They’re faster, more professional. When you think about the collective knowledge of everybody it’s pretty impressive what we have access to.

What can franchisees expect from Maui Wowi in the future?

They can expect new smoothie flavors; they’ve already seen the new streamlined cart design, we’re always evolving on cart development. They can see improved support, all while we hold onto our grassroots history. So, they can see more of the same, and they can see an improvement in the things that actually help them make more money.

Now tell us what won’t change for Maui Wowi franchisees in the future?

The number one reason franchisees fail is not following the franchise system. We’ve survived 35 years in this industry, and lasting 35 years in any industry is rare. That speaks to our recipes, our culture, and ultimately the franchisees out there who really have a good concept of the business and are able to carry it out so that our whole company grows stronger.

To learn more about a franchise opportunity with Maui Wowi, click here.

©2018 Kahala Franchising, L.L.C. All rights reserved. All other trademarks referenced are property of their respective owners. The information provided herein is for informational purposes only and is not intended as an offer to sell, or the solicitation of an offer to buy, a franchise; nor is it directed to the residents of any particular jurisdiction within the U.S. or elsewhere. The following states currently regulate the offer and sale of franchises: CA, HI, IL, IN, MD, MI, MN, NY, ND, RI, SD, VA, WA, and WI. If you are a resident of one of these states, or of a jurisdiction that has similar requirements, we will not offer you a franchise until we have completed the applicable registration or obtained the exemption from registration, and completed the applicable disclosure requirements. Regardless of what state you reside in, an offering can only be made by a franchise disclosure document.