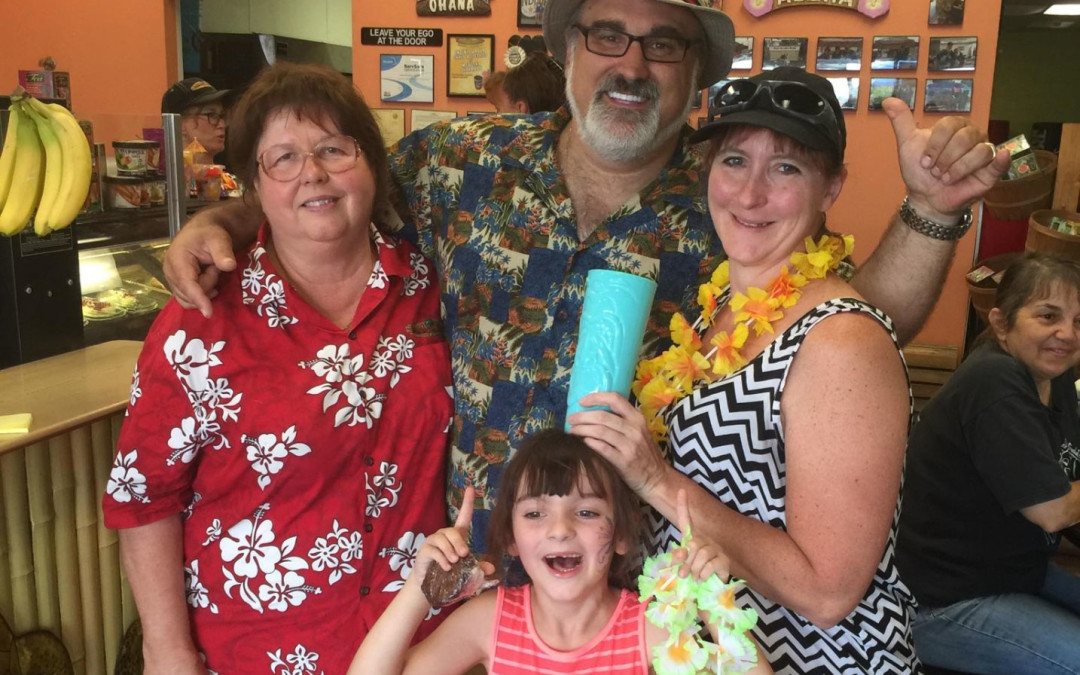 Since opening their Phelan, California store in 2011, Michael and Darlene McQuown have thrown an anniversary party each year to celebrate and show the community their appreciation. In its fourth year of being open, Michael was unable to host the anniversary party so he decided to change it up a bit by hosting a customer appreciation event a few months later instead.  No harm no foul here, as his community came out in full force to support their favorite local coffee and smoothie shop.

“Summer in our town is actually our slow time due to school being out, so we never know how many people will show up to our summer events,” said Michael. By promoting it on social media and through word of mouth, he was pleasantly surprised. “This actually was a big hit and we are very pleased with the turnout,” he said.

Area Director of Regional Support, Barb Putman, helped out with the event, coming equipped with her famous prize wheel and ready to have some fun. In addition to lots of prize giveaways, they had live music from the band Under Construction, which were a huge hit. But that wasn’t entertainment enough for Michael who also invited Forever Wild Animal Sanctuary. They brought with them an alligator, a hedgehog, and a ferret, keeping everyone on their toes.

Along with gift baskets, coupons, and other fun prizes, two lucky winners received free smoothies for a year! Michael has been doing this giveaway since his first anniversary celebration and the community loves it. The winners each received a Tiki cup that they can fill up for free once a week for a year.

The great turnout and smiling faces made it all worth it and signaled to Michael and Darlene that things could get busy now that the school year is back in session. Their location has become a fixture in the community and this customer appreciation event was a great reminder of what they have accomplished over the past four years. Congrats!

The band Under Construction.